This event has been postponed.  Please check back for a new date. 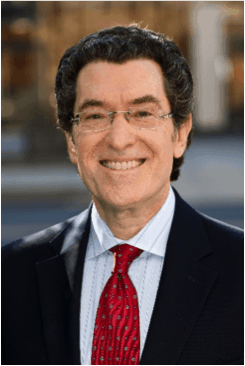 The Philip Scheffler Pursuers of Peace and Justice Award will be awarded to Norman L. Eisen on November 16, 2019, at a Kiddush luncheon in Norman’s honor, immediately following Shabbat services, which begin at 10:30 a.m.

A world leader in anti-corruption advocacy, Eisen was the Obama Administration’s Ethics Czar and is currently co-counsel to the US House Judiciary Committee. He will be honored at a Shabbat Service at 10:30 am, followed by a kiddush luncheon. The award ceremony will begin at 12:30 and will include remarks by Eisen and a question and answer session.

Former Ambassador Eisen is a Senior Fellow in Governance Studies at the Brookings Institution, a frequent CNN political commentator, and the former chair and co-founder of the government watchdog group Citizens for Responsibility and Ethics in Washington (CREW). He served as U.S. Ambassador to the Czech Republic from 2011 to 2014 and is the author of The Last Palace: Europe’s Turbulent Century in Five Lives and One Legendary House. Norm Eisen has been profiled in The Washington Post, New York Magazine, Politico, The Wall Street Journal and Tablet.  Named #11 on the “Politico 50” list of thinkers shaping American politics, he is also on the “Forward 50” list of the most influential and interesting American Jews. He received his J.D. from Harvard Law School in 1991 and his B.A. from Brown University in 1985, both with honors.

Please join us to celebrate the memorable contributions of Phil Scheffler as a journalist and to honor Norman’s numerous accomplishments as an anti-corruption advocate and U.S. Ambassador to the Czech Republic.

ABOUT THE PHILIP SCHEFFLER PURSUERS OF PEACE & JUSTICE AWARD

2015 was the centennial year for Congregation Beth Shalom Rodfe Zedek, a congregation founded in 1915, a time when neither justice nor peace was assured for anyone, much less for the Jewish population–neither in Europe, where World War I was raging, nor in the more welcoming shores of the United States where prejudice and bigotry still prevailed. The small group of Jewish farmers who had, somewhat improbably, settled in Moodus and banded together to start a congregation still believed that justice was possible and that its pursuit was mandatory; Rodfe Zedek (Pursuers of Justice) was their testament to that belief.

Fast forward another half-century and the other part of “The Congregation with a Long Name”, Beth Shalom (House of Peace), found its origins in equally tenuous and troubling times, the 1930’s and ‘40’s, its founders drawing strength from one another and from their ties with Jewish tradition. They sought to establish a congregation that was to reach into a future that was at once very different from and yet inextricably connected to its past.

The Pursuers of Peace and Justice Award was created in Congregation Beth Shalom (House of Peace) Rodfe Zedek’s (Pursuers of Justice) centennial year, reflecting the desire of the blended congregation to keep the pursuit of justice and the hope for peace as its foundational principals and perpetual goals. Following the death in 2016 of our congregant Philip Scheffler, television reporter and producer for CBS News and longtime executive editor of 60 Minutes, the award was renamed in his memory in recognition of the necessity of a free and principled press to promote the pursuit of peace and justice.

The first two award recipients were Martha Stone (2015) and Andy Schatz (2017), both CBSRZ congregants. Although Former Ambassador Eisen comes from outside our immediate community, his work, interests, and background reflect a deep commitment to Jewish tradition making him a worthy recipient of the award stemming from that same tradition which seeks to shine light upon the continuing fight for peace and justice.